Here are the foot soldiers for two factions of a In Her Majesty's Name game I'm working on for the Fall Convention season.

First are some Parisian police, based on the following picture: 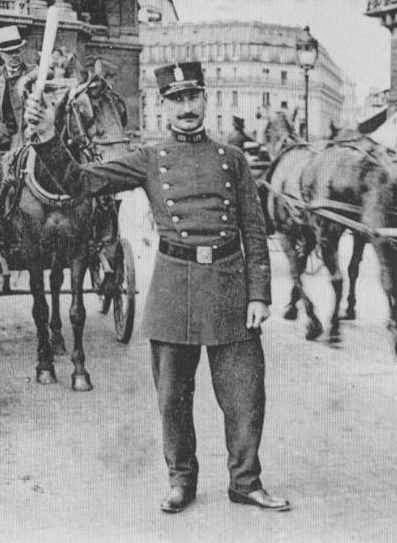 These were had from The Virtual Armchair General B'Hoy's line.  These were a treat to paint, being of mainly one colour.  I decided against painting in the waistbelt, as I was already happy with the effect and was feart o cocking it up.

Next are some rough sailors, up from the quay side.  These are from Brigade Game's Victorian line: 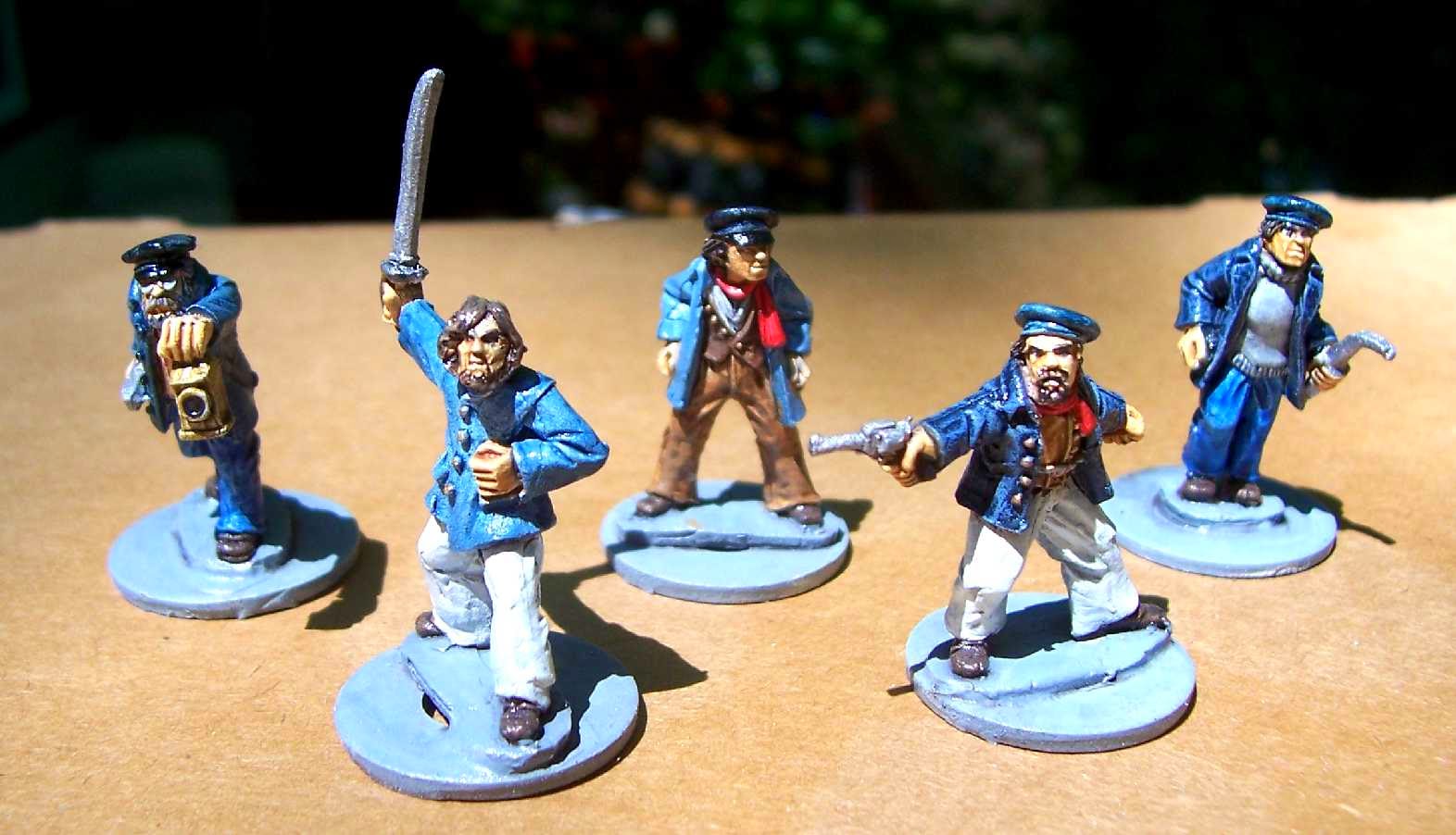 These will provide some muscle for the upcoming factions, est ce pas?