Just finished to 95% (once again, I still need to put it the eyes) but well pleased with the colour scheme of this Skorosian company of the XXth "Dauntless" Legion, miniatures by RAFM.

The original GDW text called for russet as their distinctive colour - I went a trifle redder than russet and gave them a white base uniform.  Rather Roman, innit? 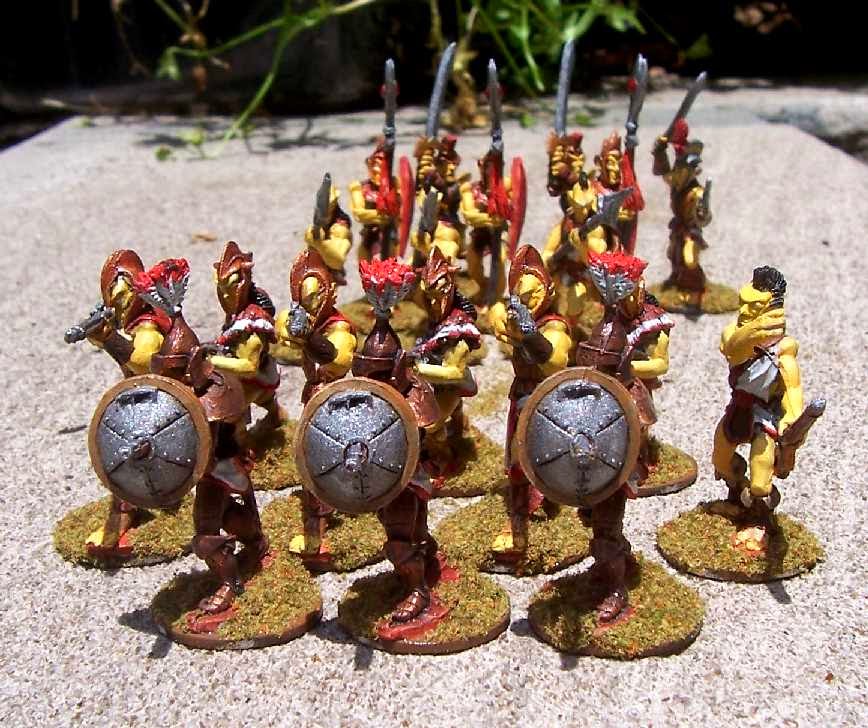 Seen below parading near the Grand Canal of Skorosia (or else larking about the front garden).  The shield-gunners are still massed with the rest of the shooters, as the Kaiser's advisers have yet to retrain this legion for the Sturmtaktik. 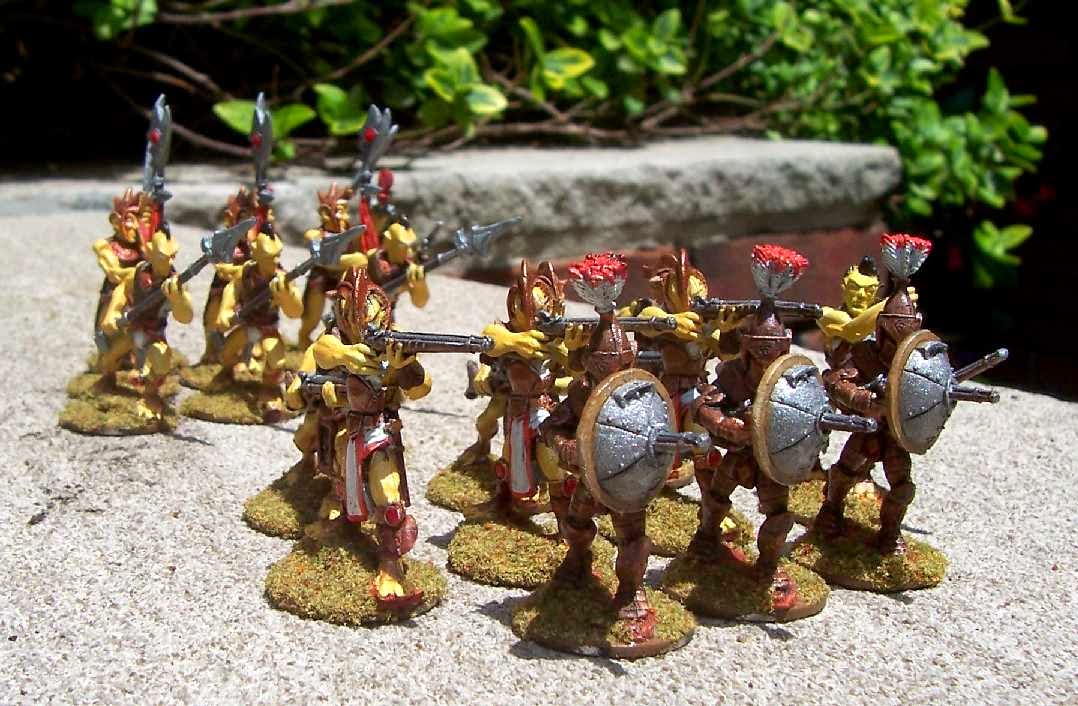 These are part of my Fadathi War Soldier's Companion campaign project, which is still slowly building.